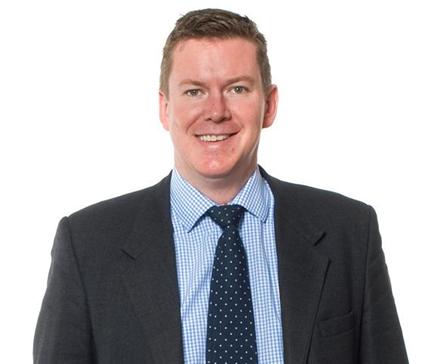 Craig Webster is CEO of Advanta Wealth. Here he talks to www.etonfives.com about his background in Eton Fives and Advanta's sponsorship of the game.

When were you first introduced to Eton Fives?

I was introduced to Fives in the Michaelmas term 1985 at Shrewsbury School and I went on to be in the 1st VI for my full five years. Despite not attending a fives-playing university, every holiday I played in the Shrewsbury Monday club and continued to play when I moved to London in 1995 by competing in the EFA League. I have also been a member of numerous clubs over the years as well as being a Jester.

Who are Advanta Wealth?

We are a wealth management boutique that advises private individuals and small companies on all areas of financial planning and wealth management. We believe that caring for your wealth should be an enduring relationship, not a cold transaction. That your trust should be earned, not expected. We focus on three key aspects in our advice, creating wealth, protecting wealth and distributing wealth.

What made you want to help the EFA with sponsorship?

Advanta Wealth supports projects both in the UK and all over the world, either directly or through our charitable trust. An area we are particularly passionate about is encouraging children from all backgrounds in participating in sport. We felt that the EFA and their FiveStar project perfectly represents what we want to achieve through this support. This also made sense because of the personal connection we at Advanta have to Eton Fives with three of us at the London office being active players and we therefore wanted to take this opportunity to give something back to the game that we so enjoy.

What is your fondest memory of Eton Fives?

That’s a tough one! It would probably have to be that I, along with Robert Lonsdale, Stuart Parker and Mike Wycherley broke the Guinness World Record for the longest game of Eton Fives ever played in June 1989. We played for 40 hours straight with no sleep and only being able to take a 5-minute break every hour. It actually appeared in the Guinness Book of world Records 1990. The record still stands today and will never officially be broken due to Guinness World Records banning “endurance records” because of the extraordinary and sometimes harmful lengths people would go to break them.

How can Advanta Wealth’s services benefit the fives-playing community?

We are a wealth management boutique that advise private individuals in all aspects of financial planning and I would be happy to have a conversation with anyone from the Eton Fives community to see if we could add value to their circumstances. So please do not hesitate to come and have a chat with either me or one of my colleagues when you see us around the courts over the coming season.